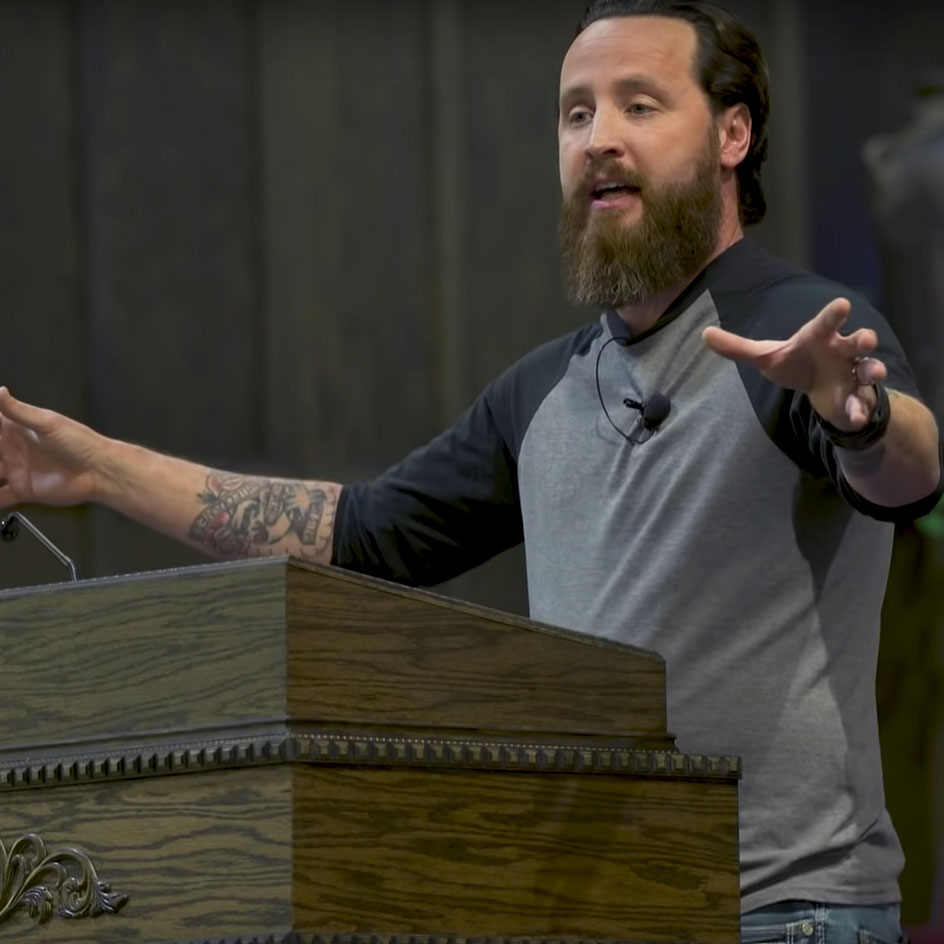 Jeff Durbin is Pastor/Elder of Apologia Church in Tempe since it was founded in February of 2010. He worked for many years as a hospital chaplain. Jeff is a popular speaker for camps, conferences, churches & schools across the nation. He has participated in outreach to various religious organizations nationwide and has even engaged in public debate against Atheism. Jeff was featured on a series for the History Channel, “The Stoned Ages” which reviewed the Christian approach and philosophy concerning drug and alcohol addiction. Jeff co-hosts Apologia Radio and Apologia TV, both of which garner followers throughout the US and internationally. Both shows are available via Apologia Studios.  He also leads Apologia’s ministry, End Abortion Now, whose goal is to criminalize and end abortion through the work of the local church and state legislation.

Jeff is a World Champion martial artist with 5 Black-Belts. He starred in popular video games, movies and tours. He played Michelangelo and Donatello for the “Teenage Mutant Ninja Turtles” franchise as well as Johnny Cage in “Mortal Combat” the world-tour. Our younger followers may have even seen him as a fighter in MTV’s “The Final Fu”. Jeff has been married to his bride, Candi, for over 20 years. They have 5-children: Sage, Immagin, Saylor, Stellar, and Augustine. 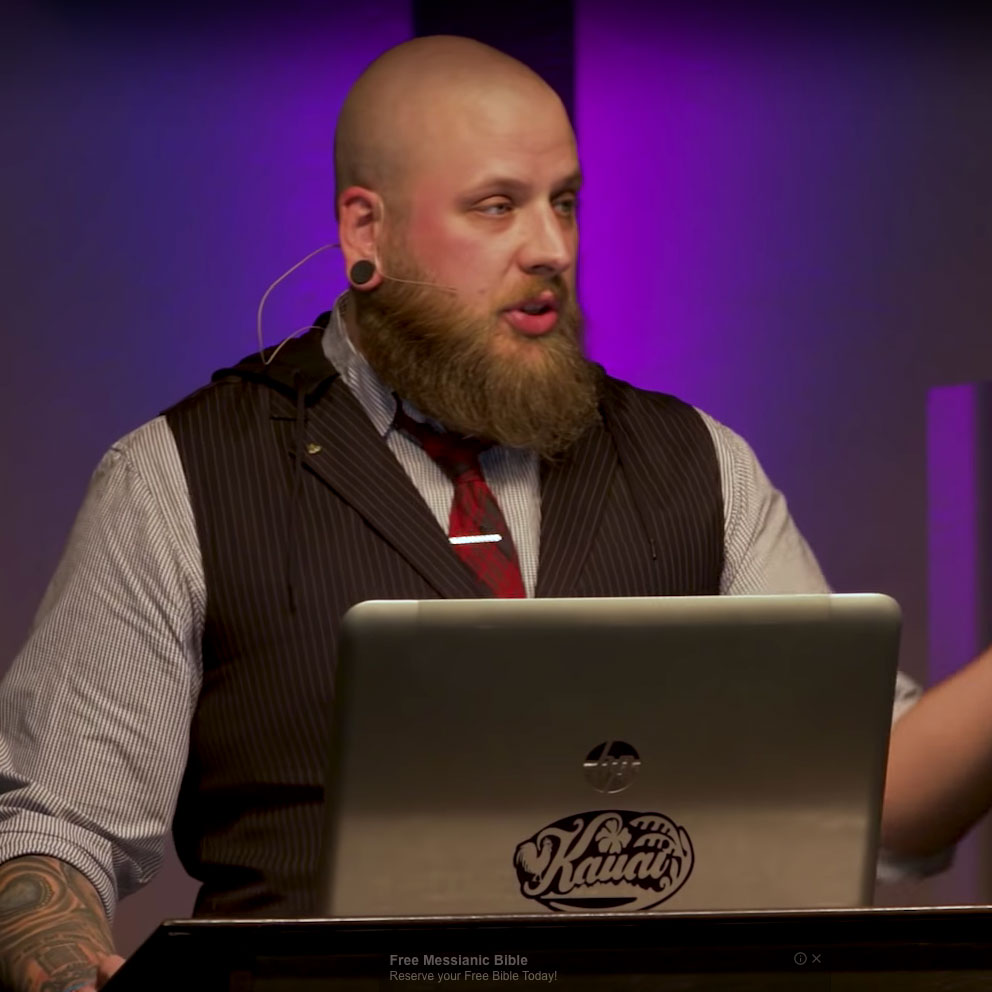 Luke has been a Pastor/Elder at Apologia Church from its inception in February of 2010 and serves as Discipleship Pastor, primarily focusing on one-one-one discipleship and counseling, as well as overall general spiritual growth of the body at Apologia.

Pastor Luke Pierson​Luke, along with Pastor Jeff, co-founded Apologia Studios and End Abortion Now, and is Co-Host of the church’s radio and TV programs, Apologia Radio and Apologia TV. Luke, serving as Vice President of Apologia Christian Ministries and has been involved in outreach to the occults and various religious groups since 2000.

Luke is fourth generation in a long line of missionaries and full-time ministers of the Gospel going back to his great-grandfather in the early 1900’s. He also served in youth ministry for nine plus years, at Bethel Church in Crown Point, Indiana and at LifeQuest Church, in Phoenix, Arizona. Luke and his wife of over seventeen years, Cheryl, have two daughters Evangeline Grace and Eliana Faith. 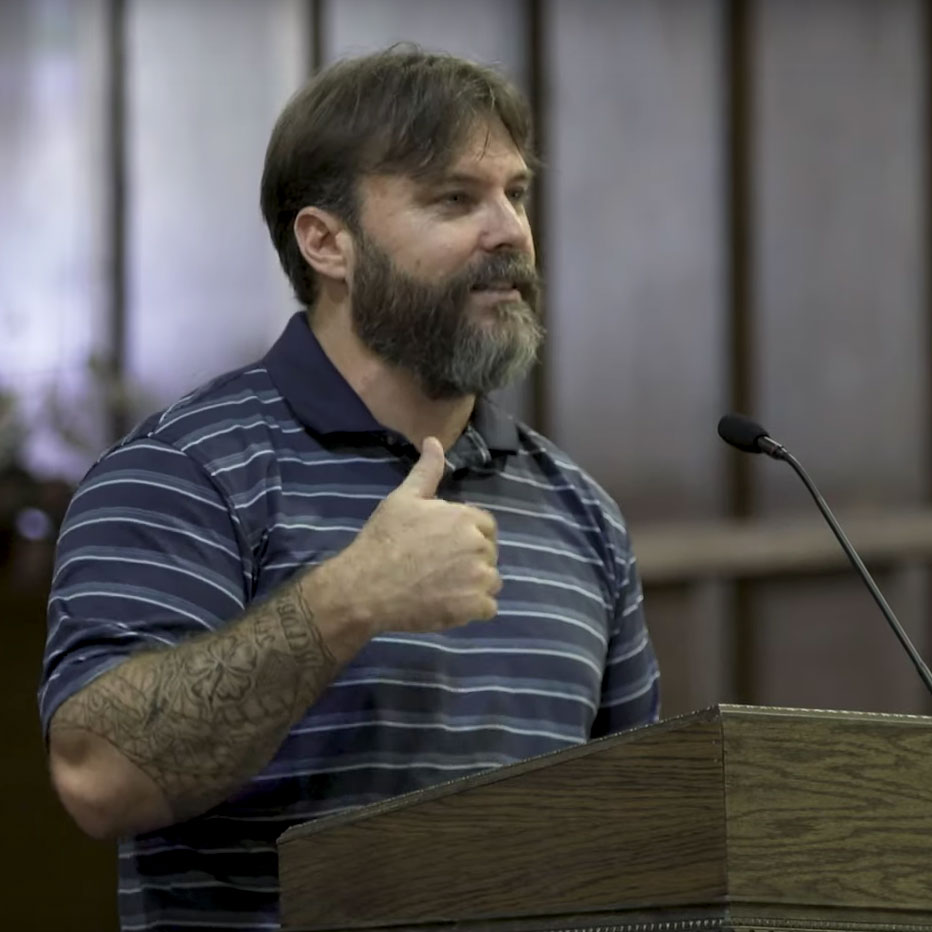 Zack Morgan functions as the pastor of local outreach as well as serving with Pastor Jeff and Pastor Luke as they go about caring for the flock day in and day out. He’s lived in Phoenix since 2015 and resides from sunny (and expensive) San Diego. His pride and absolute joy is his lovely wife Jessica and their 6 children.

God graciously saved Zack at the age of 18 and he’s been committed to serving the local church since day 1. The last 20 years he’s walked with the Lord, he’s had numerous roles and functions in the local church which have all led his family to Phoenix and then to Apologia to wholeheartedly serve and pour out their lives for the sake of the gospel of the Kingdom. As Zack was pastoring in the summer 2012, he was awakened to the abortion holocaust and has never been the same since. The Lord turned his life upside down at that time and filled his heart with a passion to end abortion and rescue preborn babies headed to death at abortion mills in the Valley. You can find him, as well as many from Apologia, serving on public sidewalks outside of abortion clinics and preaching the gospel publicly in multiple venues around the greater Phoenix area. Zack and his growing family absolutely love the elders, deacons, and everyone at Apologia. He and his family are here to see the church healthy and effective as they continue to further the gospel and accomplish the manifold mission Jesus has given the Church. 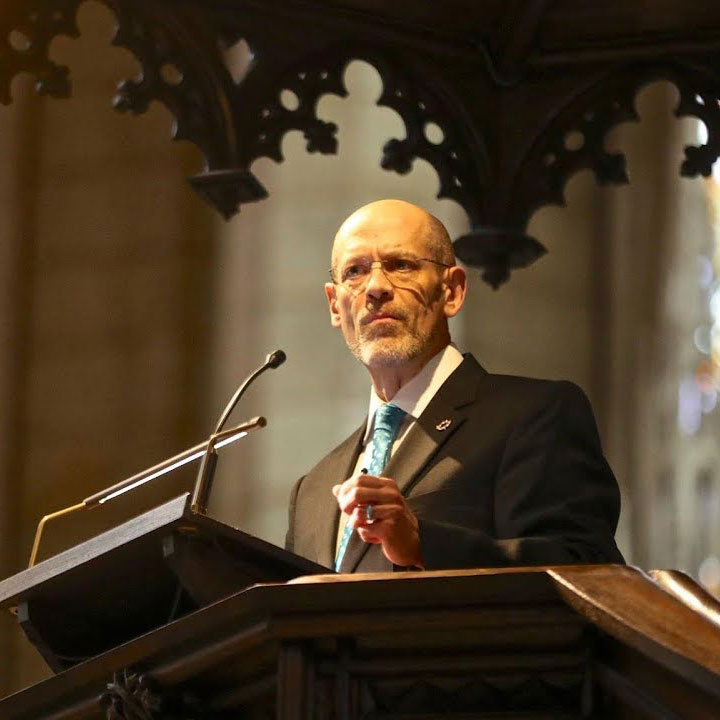 James White is the director of Alpha and Omega Ministries, a Christian apologetics organization based in Phoenix, Arizona. He is a professor, having taught Greek, Systematic Theology, and various topics in the field of apologetics. He has authored or contributed to more than twenty four books, including The King James Only Controversy, The Forgotten Trinity, The Potter’s Freedom, and The God Who Justifies. He is an accomplished debater, having engaged in more than one-hundred sixty five moderated, public debates around the world with leading proponents of Roman Catholicism, Islam, Jehovah’s Witnesses, and Mormonism, as well as critics such as Bart Ehrman, John Dominic Crossan, Marcus Borg, and John Shelby Spong. In recent years James has debated in such locations as Sydney, Australia, as well as mosques in Toronto, London, and South Africa. He is a Pastor/Elder of Apologia Church in Arizona. He has been married to Kelli for more than thirty-seven years, and has two children, and four grandchildren.

Church of the Redeemer

WHEN AND WHERE WE MEET

Church of the Redeemer

Designed and kept nice and tidy by Hello I'm Tim